Added to wishlistRemoved from wishlist 0
Add to compare
$75.99 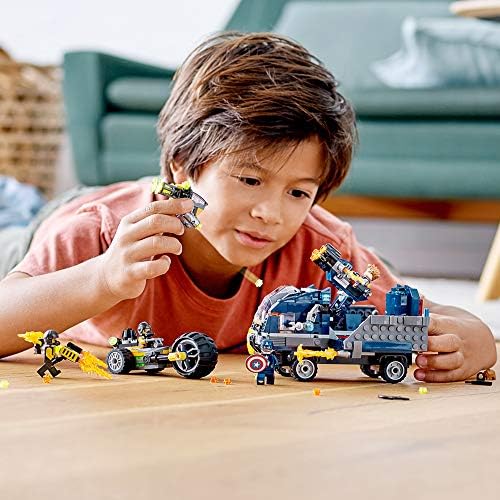 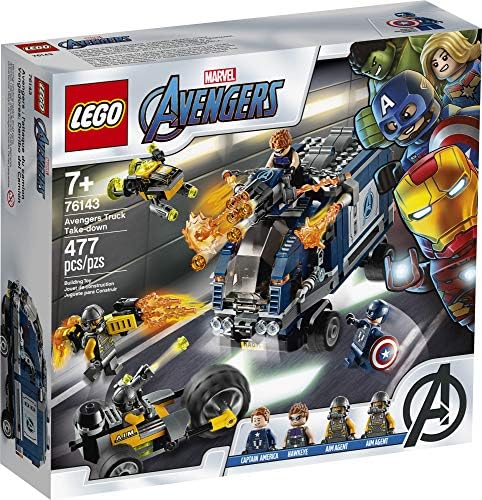 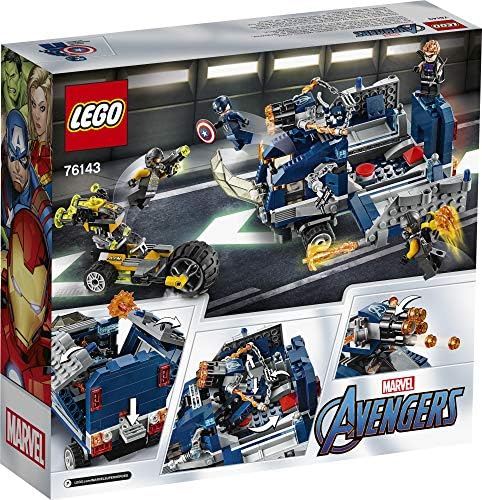 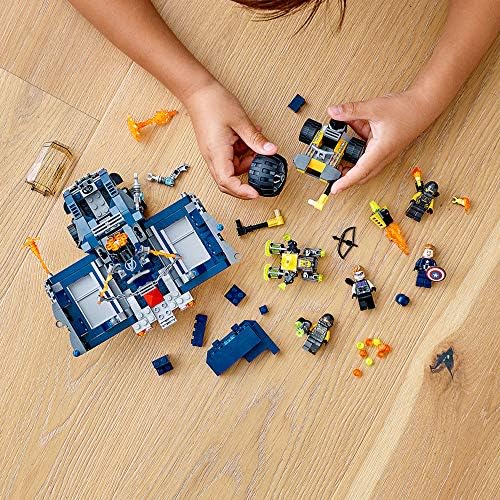 Captain America and Hawkeye’s LEGO Avengers truck is ambushed by 2 bad guys on a motor-trike with a drone. Time to reveal the truck’s secret 6-shot crossbow! Kids will love this cool superhero action set with 4 LEGO minifigures and the Avengers truck. Put Marvel action into the hands of young superheroes with this supercool set. Stud bullets fly as 2 bad guys swerve their trike in front of the Avengers’ truck then launch an attack with a drone. Kids will love opening the truck to reveal the secret weapon… a huge 6-shot crossbow! With 4 minifigures (3 of them new-for-January-2020), Avengers truck, motor-trike, armed drone and lots of stud-shooting weaponry, this buildable LEGO Marvel Avengers toy will inspire endless imaginative fun. Give kids the hot toys they love! With awesome vehicles, mechs, buildings, minifigures, weapons and gadgets, LEGO Marvel Avengers sets are great for fans of the movies.

Bring the excitement of the Marvel Avengers movies to your little superhero with this Captain America and Hawkeye set featuring cool vehicles, minifigures and all the action kids love!
With 3 new-for-January-2020 minifigures Captain America, Hawkeye and 2 AIM Agents, a motor-trike, a drone and an Avengers truck (with its hidden weapon!), kids can create epic superhero battle scenes!
Whether creating favorite movie scenes or inventing adventures of their own, Marvel Avengers fans can use this playset in an endless variety of ways
This LEGO Marvel Avengers set sparks imagination, offers endless build-and-play fun, and is an action-filled holiday, birthday or anyday gift for kids ages 7+ who love Captain America, Hawkeye, Marvel Avengers and superheroes
Measuring over 6” (17cm) long and 4” (11cm) high with its stud shooter deployed, the Avengers Truck provides kids with large-scale superhero fun